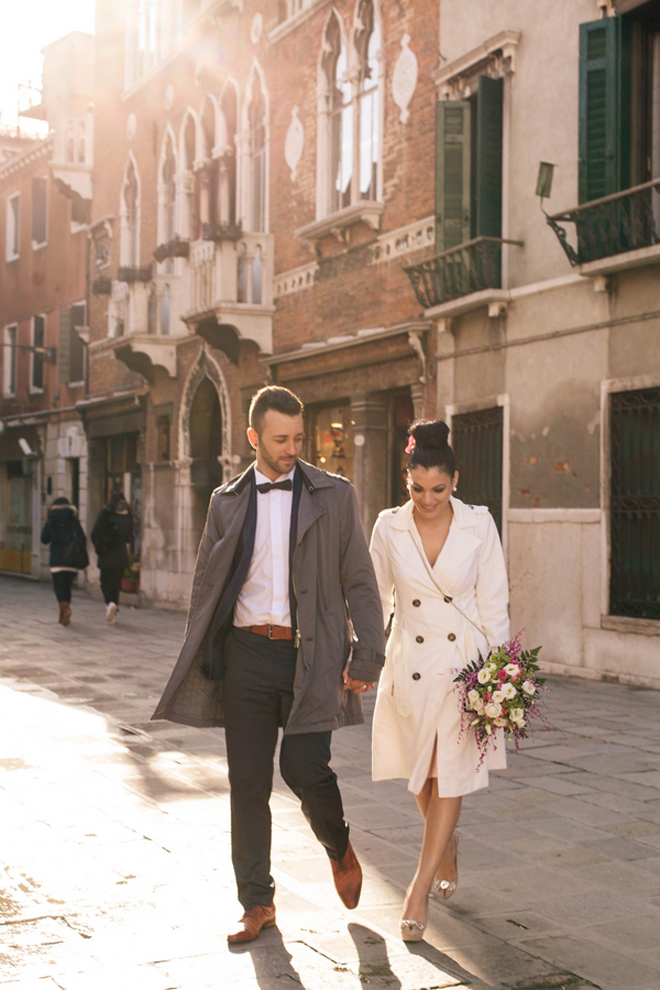 Elopements have a special kind of character. There’s a giddiness and a we-can’t-believe-we’re-doing-this kind of excitement that can’t be matched, so when I see the giggles and smiles throughout Luca Faz Photographer's images of this winter elopement in Venice, I’m filled with all sorts of joy. Let’s talk about the couple’s style for a moment, shall we? Because it’s phenomenal, and goes to show that just because you elope that doesn’t mean that it can’t be as chic as nuptials come.
This greek coupe living in Germany, selected Venice to have a very romantic and cosy wedding with just the two of them. To this lovely civil ceremony at the Greek consulate a traditional “big fat Greek Weddign” will follow in their homecountry around a year from now… I can't wait to see it! 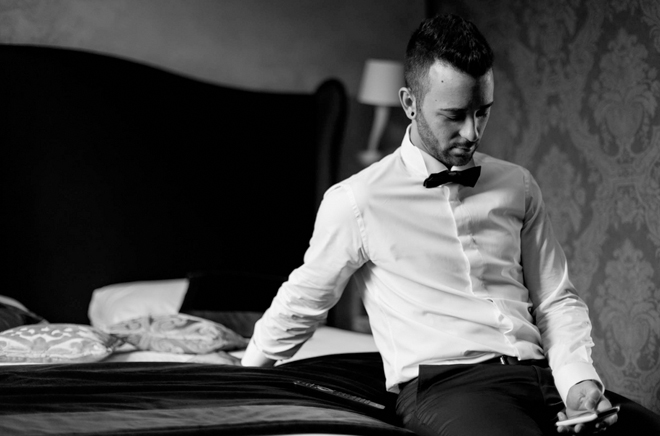 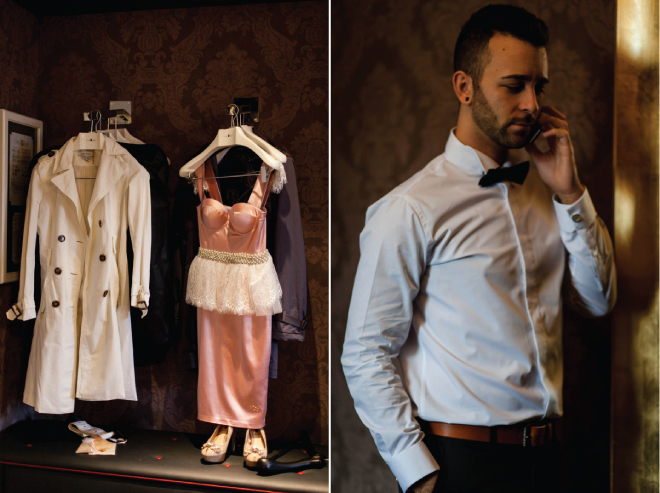 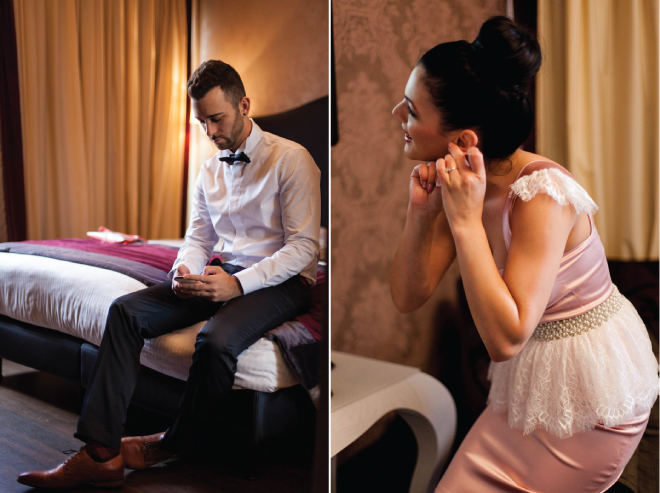 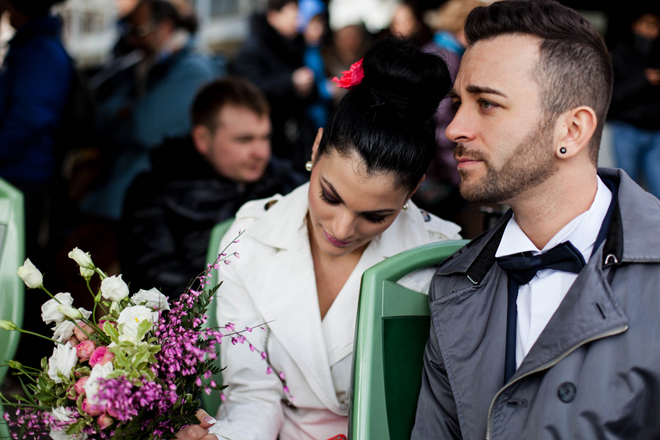 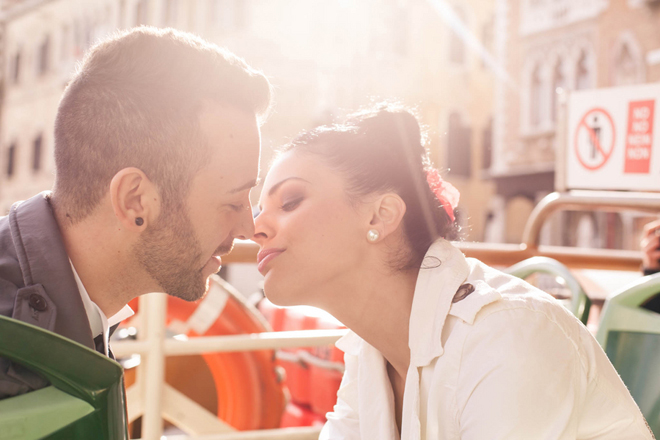 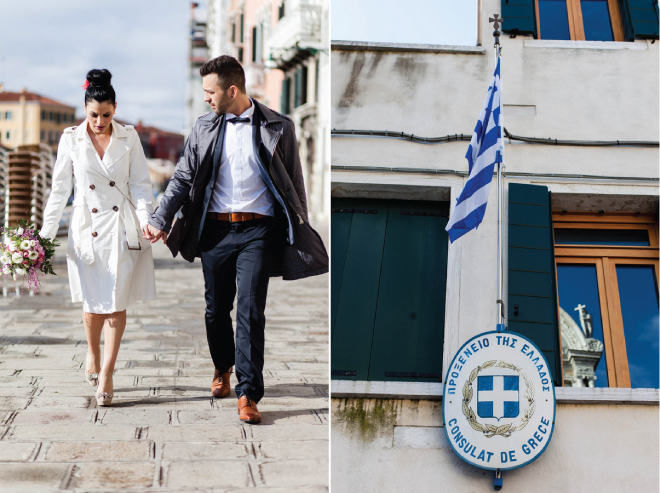 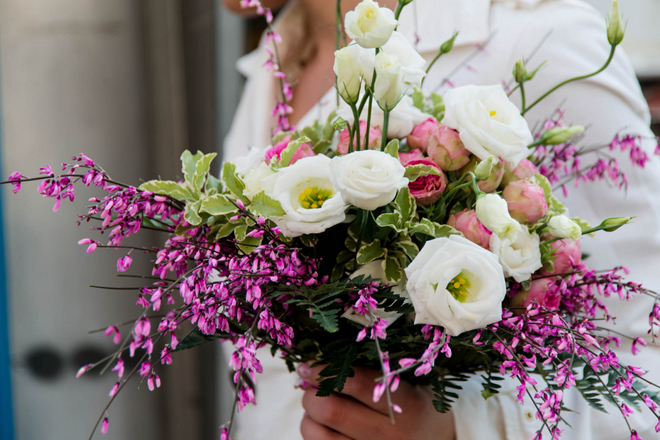 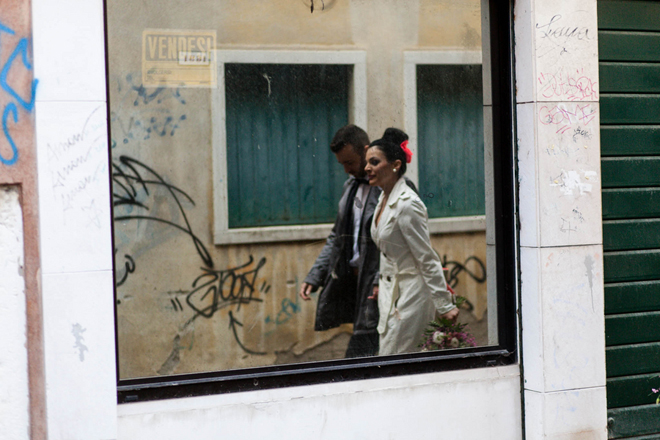 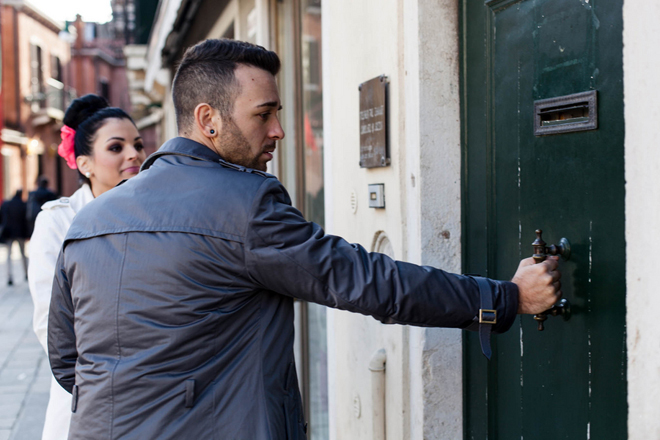 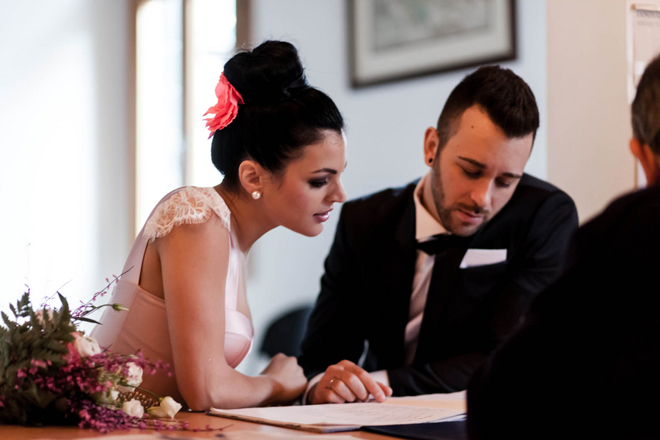 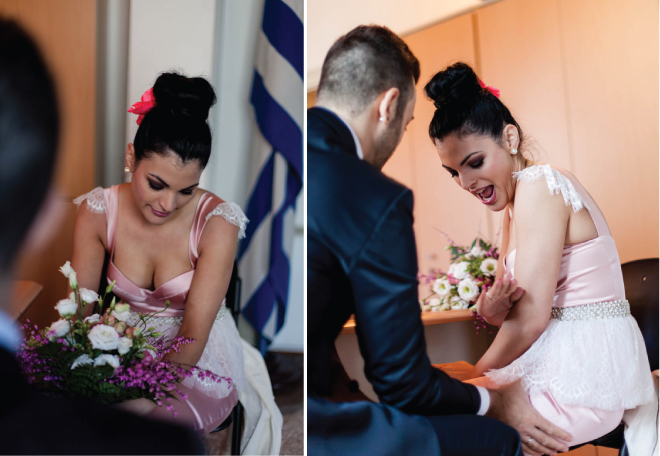 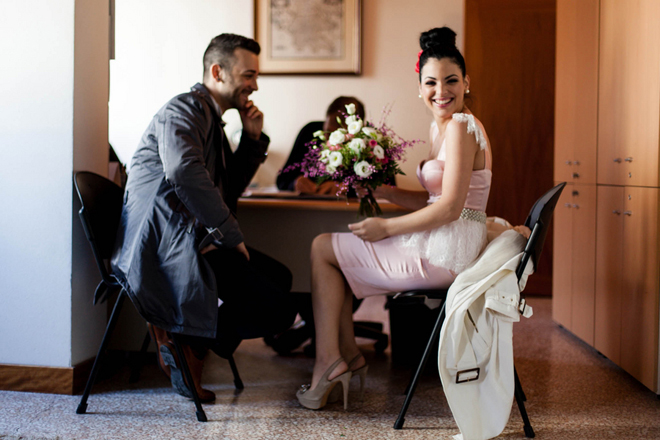 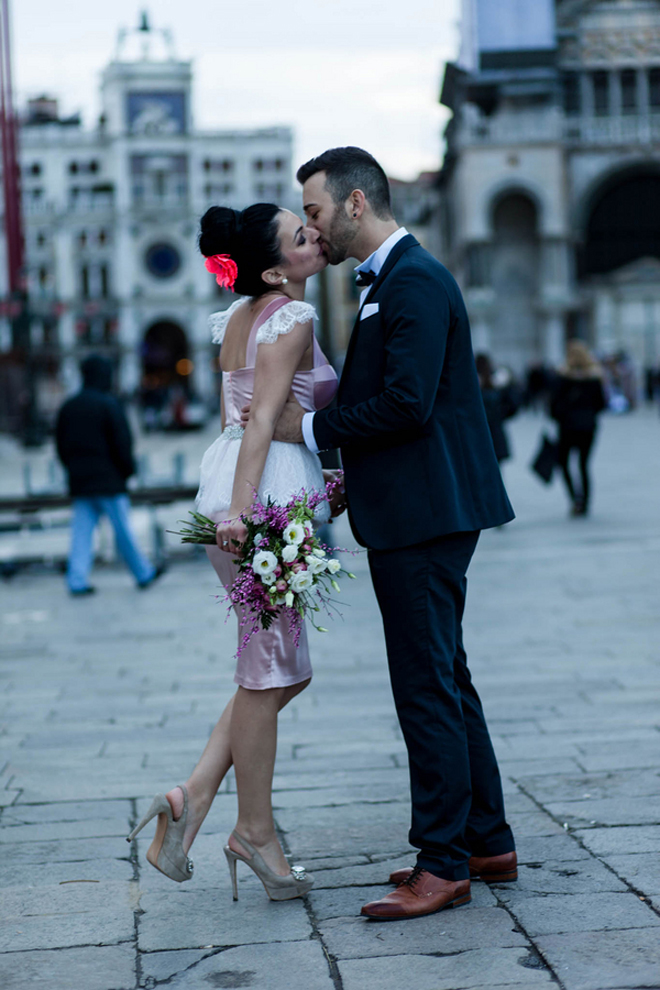 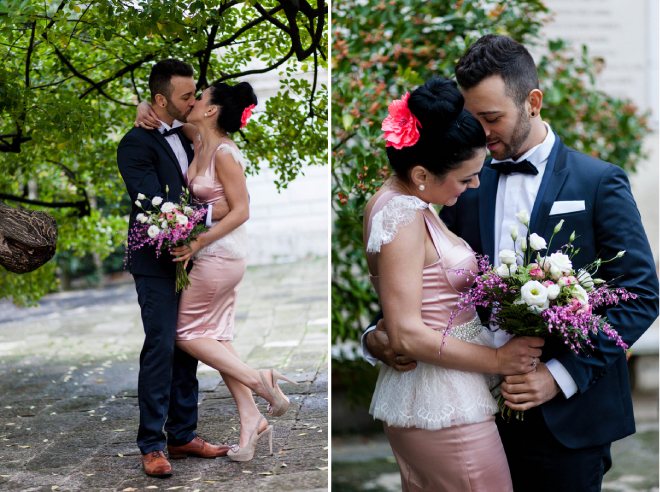 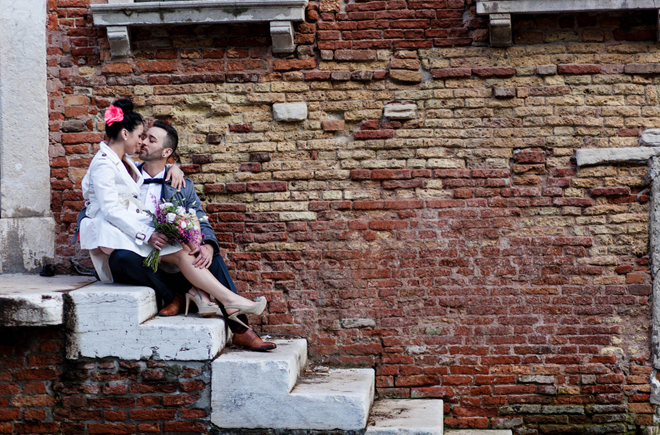 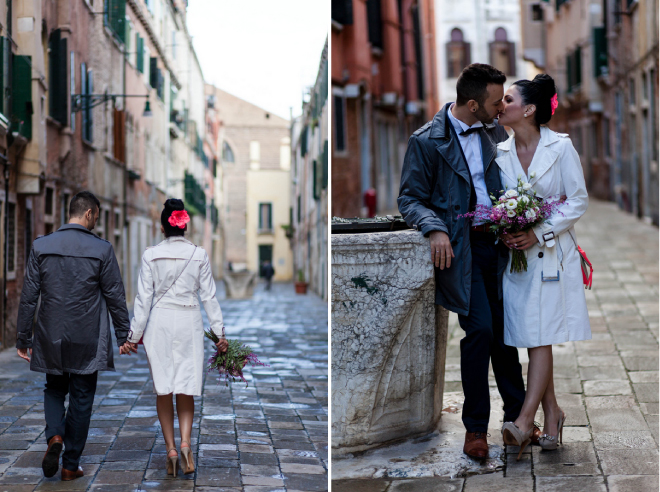 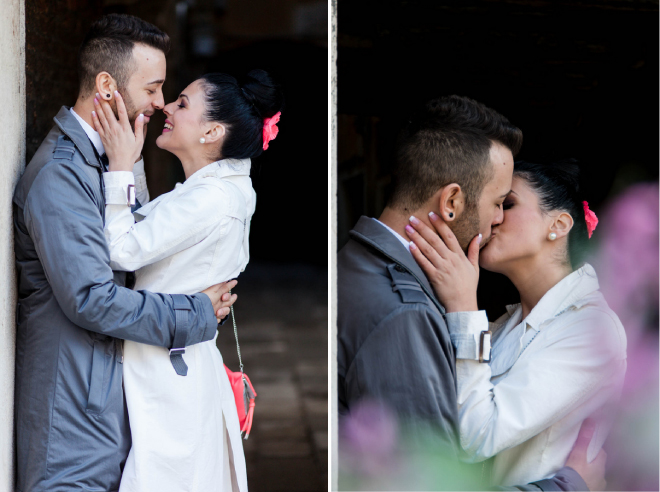 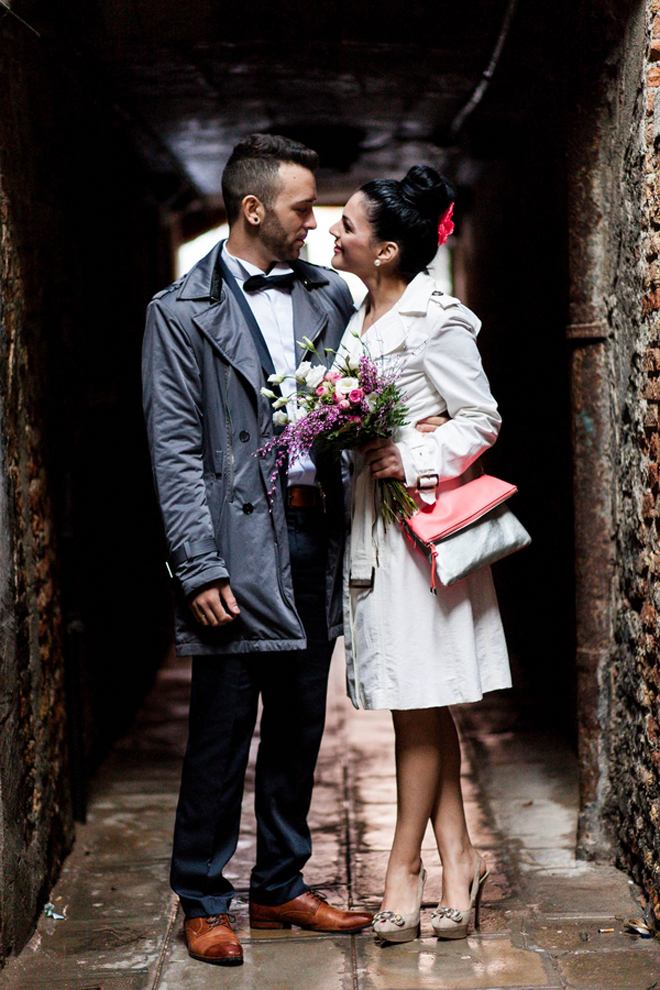 From the bride…. “I don’t know how to start!!! But I can tell you that he was the one for me! We met in the summer of 2010 in a small City of western Greece. He was a barkeeper in a beach bar and I was a stewardess on vacation for a week. One evening he and the DJ of the bar he worked went to a party, but that Dj was a good friend of mine too and I arranged to go out with him the same day, so we ended up in the same group. He was really shy and he didn’t talk to me that much. In fact, I thought that he didn’t like me!  A couple of days later we both went out for coffee with our DJ friend and we talked. Before I left, I said to him that I liked him but it wouldn’t work out with us because I lived in Athens, which was 6 hours away from his city. He said to me on our first date that I was the woman of his life and the future mother of his children. He asked me to quit my job and move in with him. It was something crazy-beautiful but I wanted him so…  I did it! Everybody thought that we were crazy, stupid and immature but we have been together ever since that day!!! He asked me to marry him two years later and after I said YES we agreed to elope. Just the two of us in the romantic city of Venice. Whilst looking for a photographer we came across Luca’s portfolio and we liked them. It was the right decision to hire him, he did an excellent job and we love every single photo. My dream came true and I am married to my man that I love so much!! Next Summer, in 2014 we will plan to marry in a Greek church with all of our families and friends”
VENDORS
Photographer:   Luca Faz Photographer in Venice | Submitted via Two Bright Lights
If you enjoy this article, please help sharing the word by tweeting it or sharing it on facebook and pinterest.
0
0
100
0
Total
100
Shares
Pin it 100
Share 0
Tweet 0
Share 0