Hyde Park Photo captured this classic affair to perfection, from the beautiful bouquets and centerpieces to the cultural dance and the AMAZING wedding cake. Get captivated in our FULL GALLERY right this way! 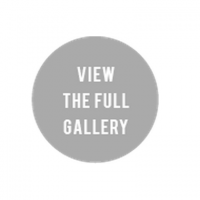 From the Photographer… “Elizabeth & Mir wed at St Elias Church in Austin TX in a beautiful Eastern Orthodox wedding. It features placing gold crowns on the bride and groom. The Crowning is the centerpiece of the Eastern Orthodox marriage ceremony. The priest places the crowns on the couple's heads while they face the altar. According to ancient custom, the crowns are to stay with the couple for life.Following the common cup ritual, the priest leads the couple three times around the altar on which a Bible and cross rest. This ritual dance predates Christianity, representing the dance around the Ark of the Covenant. In this act, the couple takes their first steps as a married couple, with the Church (through the priest) leading them. When Elizabeth & Mir entered the reception, they were led by Lebanese dancers and drummers. The performance was a Zaffa entrance, a traditional entrance welcoming the bride and groom into the dance floor. It's traditionally done as the groom leaves his hometown and his best friends drum and being music to cheer his departure to pick up his bride from her hometown. The performers wear lavish royal costumes Andalusian, sultan styles, and enter dramatically announcing the couple's arrival. The drums are the Tupan or Davul also known as Tabel.”